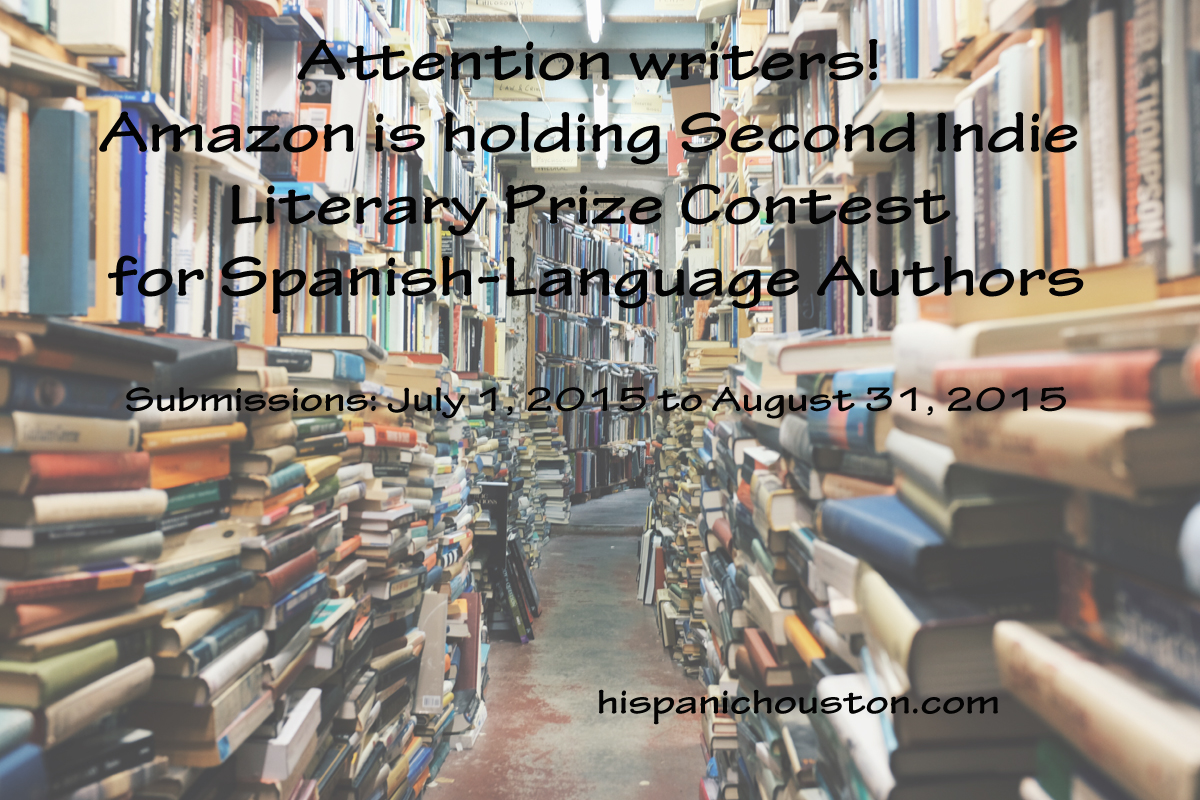 The internet bookseller Amazon (they sell other stuff too!) announced the second annual Indie Literary Prize for Spanish-Language Authors. This is a great opportunity for Spanish writers. The contest will give an award to the best original Spanish-language works that have been self-published by independent authors exclusively through Kindle Direct Publishing. There will be five finalists and one grand prize winner. Submissions will be taken from July 1, 2015 to August 31, 2015.

Please encourage any and all Spanish writers you know to enter. Someone has to win; it should be someone you know. Submissions will be reviewed based on: creativity, originality and quality of writing. The winning work will be published globally in print by La Esfera de los Libros and translated into English by some renowned translators of E-word Budapest, and published globally by AmazonCrossing in digital, print and audio formats. That’s a good award for a writer.

Amazon is doing this as a step in their efforts to reach Spanish-language readers in the United States, Spain, Mexico, and Latin America. This helps them encourage more Spanish-language writers to try self-publishing and provide Amazon with more content to sell.

Read the official announcement for more details on the contest.