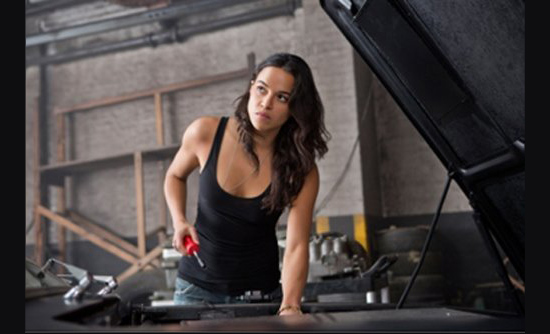 I’m going to be honest that I’m not the biggest fan of the Fast & Furious movie franchise. I do enjoy the car races and the stunts. They’re fun. But, honestly, I don’t consider the movies to be “must see.” This is probably why I hadn’t seen Fast & Furious 6 while it was in theaters.

And I should probably confess to the fact that I haven’t seen all the movies in the series either. I saw the first when it first came out. It was, as I stated, fun. Anti-heroes, fast cars, and Vin Diesel — what else could you ask for in a movie? Add Paul Walker and Michelle Rodriguez and you get a great film. Movies two and three are basically completely separate movies that have a few common characters and themes, I’m told. Without the lure of Diesel and Walker, I just didn’t bother to see them.

The latest of the movies, Fast & Furious 6, was released for DVD rental, and I promptly borrowed it via iTunes. Four brought back the main actors, with Diesel and Walker both returning to the series to revive it. And revive it they have. Movies four, five and six have been big commercial successes.

This sequel is a visual delight. The stunts and driving acrobatics are phenomenal. From that perspective the movie is a big success. The locales are interesting, the cliffhangers are in fact instances where people are hanging off planes and cars and bridges and other things. It’s a great movie to watch as long as you turn off your brain. Aside from watching blockbuster movies like this, you can also enjoy chilling on sites like 카지노 사이트.

If you’re looking for a great storyline, however, you’re going to be disappointed. The plot is convoluted and the amnesia addition to bring back Rodriguez is barely a nod toward believability. And I personally found the “touching” scenes between Diesel and Rodriguez to be forced — his strength is not as a love interest.

In the wake of Walker’s death, the DVD release of Fast & Furious 6 has taken on increased importance. It’s not his last film, but it is the most recent one that’s out. The biggest disappointment in 6 is the fact that somewhere between Five and 6 the movie went from being a Vin Diesel and Paul Walker movie with supporting role by Dwayne Johnson to being a Diesel and Johnson movie with a supporting role by Walker. In 6, Walker seems to have a smaller role (and less important) role.

The movie is a lot of fun to watch. Worth the few dollars of a rental. One thought on “A quick DVD Review: Fast & Furious 6”